This week I'm excited to welcome back to the show author and commentator Emma Westwood. I'd been looking forward to this episode for a long time, not only because I quite enjoy Forbidden Planet but because Emma is one of my favorite people in the whole world. We talked about the book Emma co-wrote with author Jez Conolly Seconds, part of the Constellations book series on science fiction cinema; her upcoming volume on The Bride of Frankenstein featuring essays by incredible film writers and industry professionals; Fred M. Wilcox's Forbidden Planet, it's wide-ranging influence of cinema, the art and architecture of the film, followed by our pairing recommendations.
From science fiction monster movies of the late 50s and 60s all the way to Ridley Scott's Prometheus and beyond, Forbidden Planet's influential handprints are all over cinema, and not just relegated to sci-fi. Employing MGM's stable of matte artists and the hiring out for Disney animators, the hand-drawn backdrops and monster in FB are stuff dreams are made of.

“In my opinion there are numerous science fiction films that are more intelligent, clever, suspenseful, economical, original, witty... you name it. But while I consider Forbidden Planet grossly overrated, I do not underestimate the film's importance to its genre. A seminal work, the only science fiction movie of the fifties to succeed in giving the science fiction genre a long-denied tag of respectability within the industry, it represents several firsts: the first time a major studio (MGM) released a science fiction film that was meant to be a top-line production; the first time a large budget (over $1 million) was invested on an original science fiction story that had been conceived expressly as a film project; and the first science fiction film to be made in both glorious color and CinemaScope – which I guess had as much to do as the special effects and bizarre music with permanently awing the film's cultists when they were impressionable kids in 1956.” 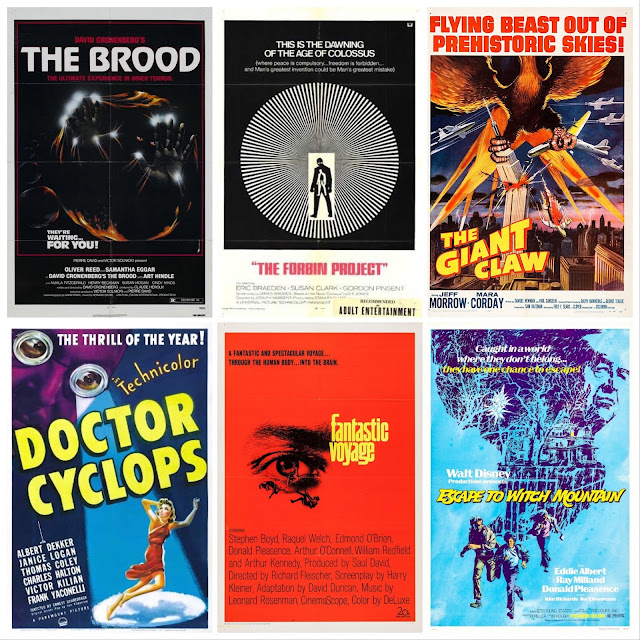 Science Fiction Theatre book from which Emma reads on the show

You can listen to CMP wherever you find podcasts including Apple Podcasts, Spotify, Stitcher, and Amazon Music.