This week I'm joined once again by Jonathan Hertzberg, the man behind my favorite boutique Blu-ray label, Fun City Editions. Last time Jonathan and I spoke we talked for 90 minutes after I stopped recording so I was excited to be able to get another power hang in with him. For me, Jonathan is one of the preeminent voices when it comes to 70s cinema for no other reason than the amount of movies from that time period that he's seen and remembered. We had a great discussion on one of, if not the greatest hang out movies ever made, Two-Lane Blacktop, directed by the pure definition of a journeyman director, Monte Hellman. On this episode we talk about how Hellman in no way exploited Dennis Wilson's and James Taylor's rockstar persona and how the two musicians-turned-actors shed their identities to become The Mechanic and Driver. We talk about how Warren Oates, one of the greatest actors of all time, carries this movie with his dialogue and personality (Oates being the only professional actor in the cast). And, of course, we end things with offering up some pairing suggestions with the film. 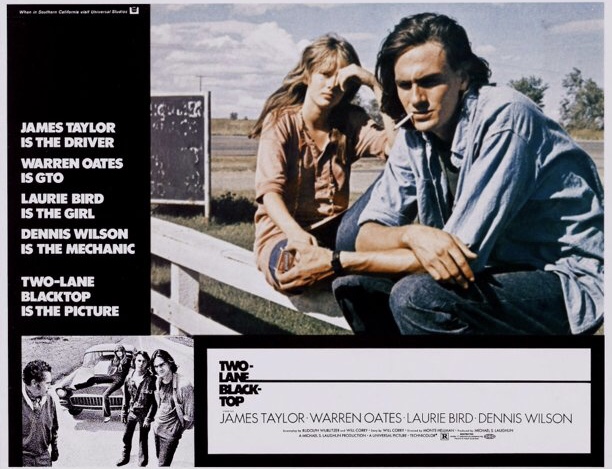 “In its greatly publicized April 1971 cover story, Esquire predicted that the forthcoming Two-Lane Blacktop would be “the movie of the year,” turn on the youth market as only Easy Rider had, and lift Monte Hellman from cult figure to big-time director. No one at Esquire had seen the picture prior to its release, but those who had read the... screenplay were so impressed that the magazine actually printed the script in its entirety. On the basis of Esquire's supreme confidence, expectations were, to put it mildly, quite high for Blacktop. Critics were anticipating a work of art, a masterpiece, but they were waiting for some other picture; consequently, after Blacktop's premiere, publications from coast ot coast contained reviews which expressed tremendous disappointment... So Hellman lost his chance to be welcomed into the Hollywood mainstream with the world “bankable” next to his name; Universal had a big flop on its hands. And Two-Lane Blacktop faded away, championed only by a cult that thinks it a truer evocation of America than anything else that has come out of Hollywood.” 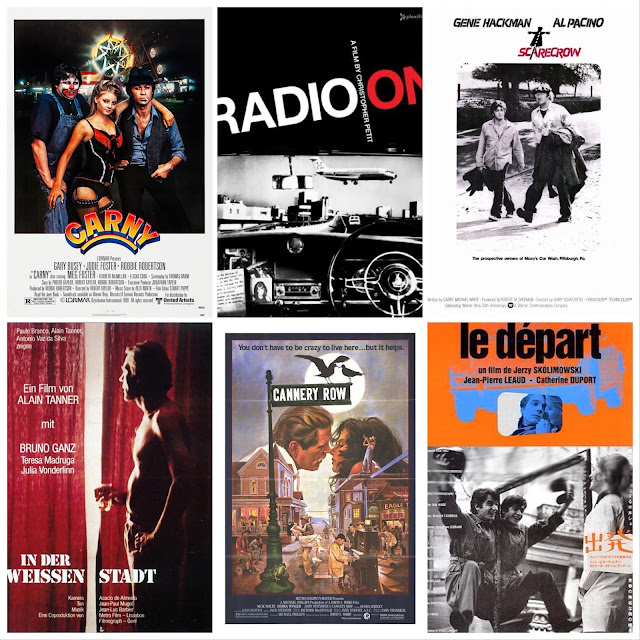 Listen to CMP on any podcast platform including Apple Podcasts, Spotify, Stitcher, and Amazon Music.