Cult Movies Podcast: Out of the Past

This week my friend and cohort of F This Movie!, Rosalie Lewis, returns to the show. As pointed out by noir guru and TCM host Eddie Mueller, Rosalie is herself quite an authority on noir film. This time around we're talking about Jacques Tourneur's masterpiece, and noir film from which so many others draw inspiration, Out of the Past. Starring Robert Mitchum, Jane Greer, and Kirk Douglas, Out of the Past, along with Billy Wilder's Double Indemnity, is the quintessential noir film. Rosalie and I discuss the irreplaceable cast, the coolness of Mitchum (listen to hear a story about him crashing his plane), the birth of the modern femme fatale, and we wrap things up with our pairing recommendations. 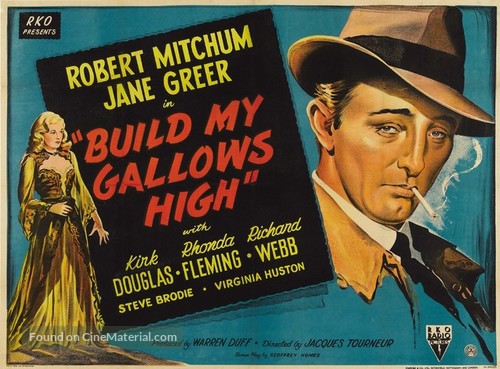 “[Mainwaring] took his script to Bogart who, noting its similarities to The Maltese Falcon, wanted to play the part of Jeff Bailey. If Warners had let Bogart do it, the chances are that, through his presence alone, it would have been regarded as an instant classic of the film noir. But Warners refused, and Robert Mitchum... not nearly as well known as Bogart, got the part on the rebound. Since Mitchum, Jane Greer, and Kirk Douglas weren't “name” stars at the time, RKO regarded Out of the Past as a “B” picture and it suffered the fate of most pictures so designated: critical indifference. Only in the last dozen years, since the new wave of critics has taken an interest in the career of Jacques Tourneur and has elevated Robert Mitchum to his rightful place as one of the few great movie actors, has Out of the Past been reappraised and discovered to be up there with John Huston's The Maltese Falcon, Billy Wilder's Double Indemnity, Edward Dmytruk's Murder, My Sweet, Howard Hawks' The Big Sleep and the works of Fritz Lang and Robert Siodmak, as the gems of the film noir.” 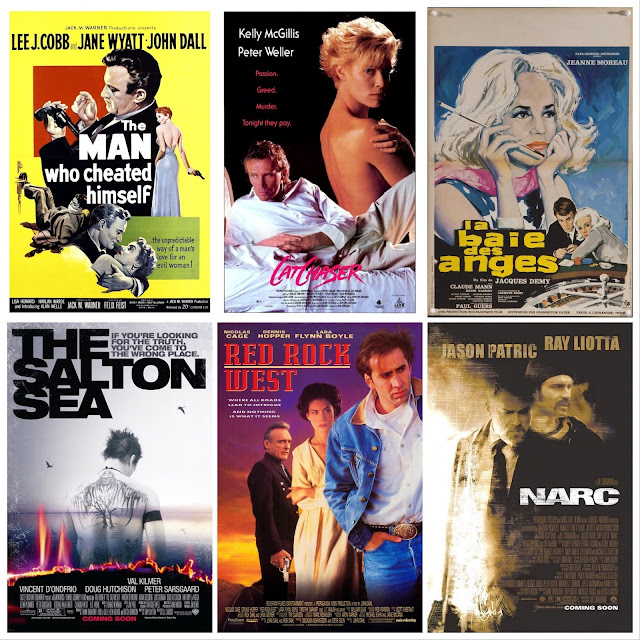 Rosalie's Noir-o-scope at F This Movie!

As always, you can listen to CMP wherever you find podcasts including Apple Podcasts, Spotify, Stitcher, and Amazon Music.