This week I'm thrilled to welcome Samm Deighan back to the show. Samm has done some of my favorite commentaries, written some of my favorite essays and books, and now hosts a brand new podcast that is, without exaggeration, my favorite podcast. Twitch of the Death Nerve, the name which is derived from the Lucio Fulci film, is like the cooler sister podcast of CMP who lets us smoke cigarettes and doesn't rat on us when she sees us sneaking out late at night trying to be cool like her. TotDN, hosted by Samm, Charles, and Jon, takes a deep dive into psychotronic films the way we do with movies featured in Danny's books. But Samm joined me this week for a film that is a far cry from the psychotronic gutters - Jean Cocteau's La belle et la bête. In this episode we talk about how European filmmakers of the time used the fantasy genre as subversion, Cocteau's incredible imagination, and, of course, our pairing recommendations.

“Beauty and the Beast... is the cinema's most “poetic” work, a beautiful, dreamlike telling of the classic French fairy tale. Long held dear by critics and film historians, it has turned up with increasing regularity over the last few years in repertory theaters, as well as being featured on PBS's Film Classics series, the result being that nowadays it seems to be the new “all time favorite film” of about every other person you meet. Its popularity is not too hard to explain. First-time viewers are invariably impressed and surprised that such an unusual film exists; that Cocteau dared make a fairy tale without drastically changing the content of the original story; that he dared make a film with “art” and not box office success as the ultimate goal; and that he dared approach his film as a poet rather than as a typical movie director.” 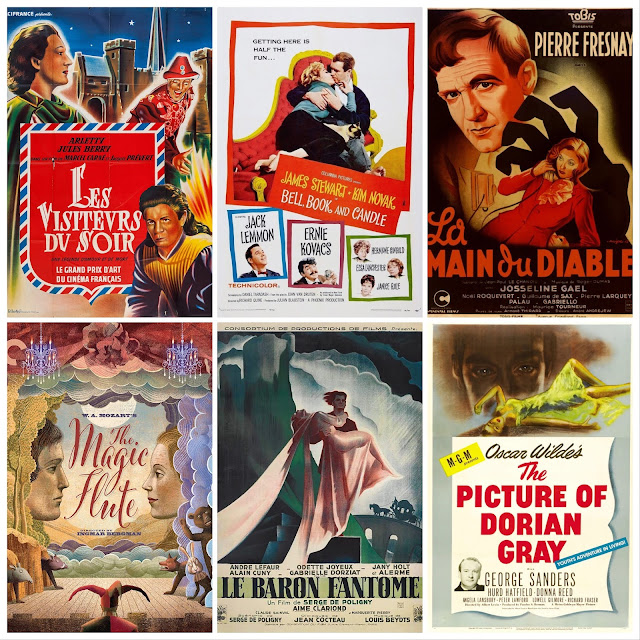 The Legacy of WWII in European Arthouse Cinema

You can listen to CMP wherever you find podcasts including Apple Podcasts, Spotify, Stitcher, and Amazon Music.