This week I'm joined by podcaster, essayist, and commentator Bill Ackerman. Bill has long been a voice I've looked up to and, as I've said many times on the show, the impetus of the Cult Movies Podcast. I first heard about Danny Peary through Bill's show, Supporting Characters, and as you can hear, Bill is one of the most knowledgable people I've ever met. I'm honored I can now call him my friend. On this episode we dig into Peter Bogdanovich's freshman effort, Targets. We delve into Bogdanovich's history, the themes of Targets, and as always, we wrap up with pairing recommendations. 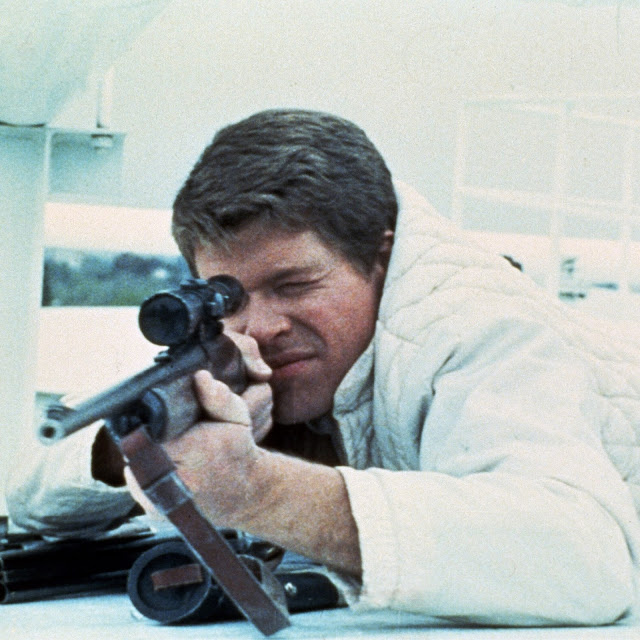 Bogdanovich has long been considered one of the "founders" of New Hollywood -- the baby boomer generation of directors who broke from the studio model and became a voice of the easy riders and raging bulls. While outspoken about graphic violence in cinema, Targets is the perfect marriage of classic Hollywood and out country's eternal obsession with guns. On one side of the film we have Boris Karloff (essentially portraying himself) as aging genre actor Byron Orlock who laments the "old days." On the other side we have Tim O'Kelly as (supposed) Vietnam veteran Bobby Thompson who, on the outside, enjoys life as part of the all American sitcom family, while obviously sick in the head, long dreaming of killing his family and going on a killing spree armed with his arsenal of rifles and handguns.

“Targets is a remarkable debut film – many consider it Bogdanovich's best picture – not only because of the sophisticated camerawork... and overall technical expertise but because it is a Hollywood picture daring enough have both an anti-Hollywood bias... and a strong social message as well... This picture is such a strong indictment of the proliferation of guns in America's private sector that it is obvious that Bogdanovich is calling for more than gun control – he would like a constitutional amendment to repeal our right to bear arms.” 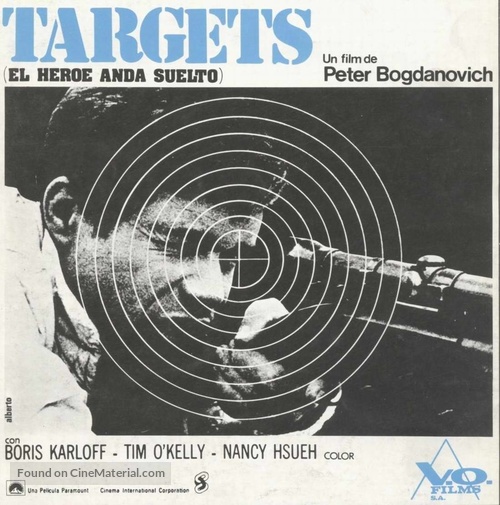 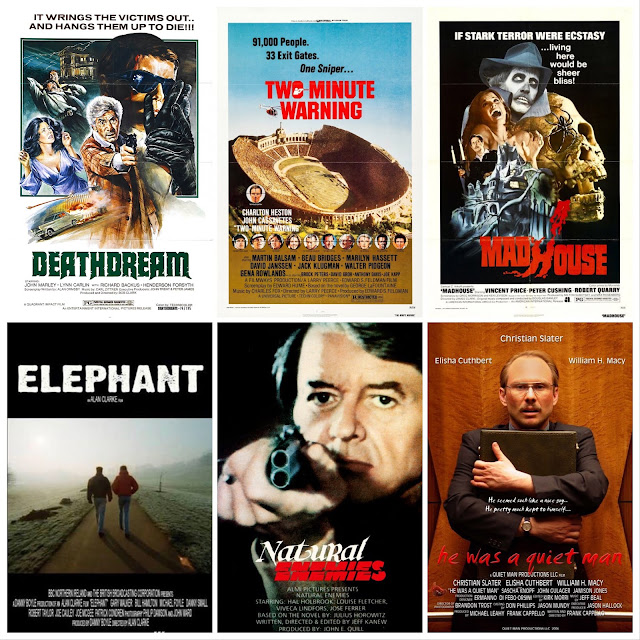 Bill on The Projection Booth Podcast

Bill on the Peter Bogdanovich episode of Director's Club

Listen to Cult Movies Podcast wherever you find podcasts including Apple Podcasts, Spotify, and Stitcher.