This week I'm joined by filmmaker, writer, video essayist, and programmer Chris O'Neill to discuss Donald Cammell's and Nicolas Roeg's Performance. We dig into the collaboration between the two directors, Chris's history with the film, the filmmakers, and Danny, and we offer up three pairing recommendations each that we think could make for an interesting night at the movies. Be sure to check out the programming Chris is doing at the Triskel Arts Centre and his numerous video essays popping up on some of the most exciting Blu-ray releases of the year. Before Nicolas Roeg journeyed out on his own to make such masterpieces as Don't Look Now and Walkabout he was the cinematographer responsible for films such as The Masque of the Red Death, A Funny Thing Happened on the Way to the Forum, and Petulia. Warner's hiring him to be paired with Cammell was an interesting move the studio saw as either insurance or a brilliant marriage of two creative geniuses. Chris and I tend to agree on the latter. Performance is a the product of two minds. Just like its co-stars, Jagger and Fox, Cammell and Roeg are the two uniquely specific minds that could've only created this particular film.

“Performance was released during the summer of 1970, well over a year after its completion. It had been shelved by Ken Hyman, the head of Warners, when he concluded that no amount of editing, relooping, rescheduling would cover up the fact the the picture ultimately made no sense. However, Ted Ashley, Hyman's successor at Warners, though Performance salvageable—he assumed that any film with rock idol Mick Jagger in various states of undress would have some camp appeal. Ashely was wrong in guessing that the picture would be considered campy—the violence is too strong, the absurd humor too disguised, and Jagger too introverted. But coming at a time when young audiences were into heady, ambitious projects with blaring soundtracks and antisocial characters who turn on to dope and sex at the drop of a director's hat, and into anything Jagger did, Performance quickly gained a cult following. This cult has grown with the increased interest in the works of Nicolas Roeg.” 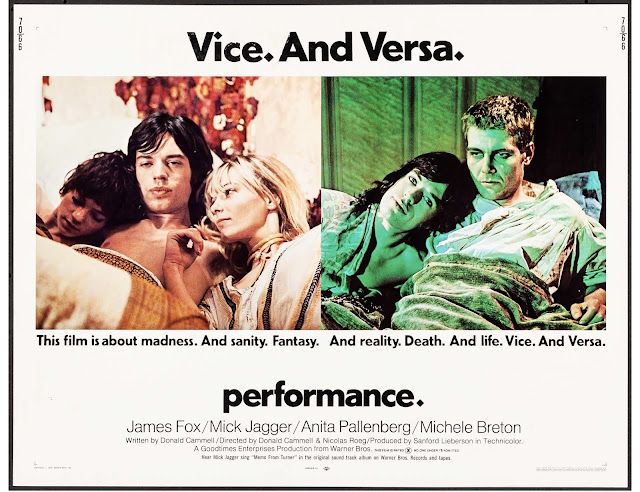 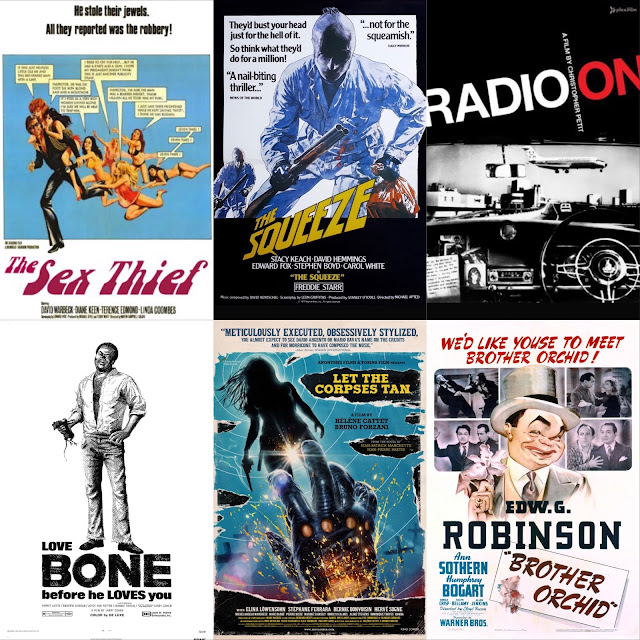