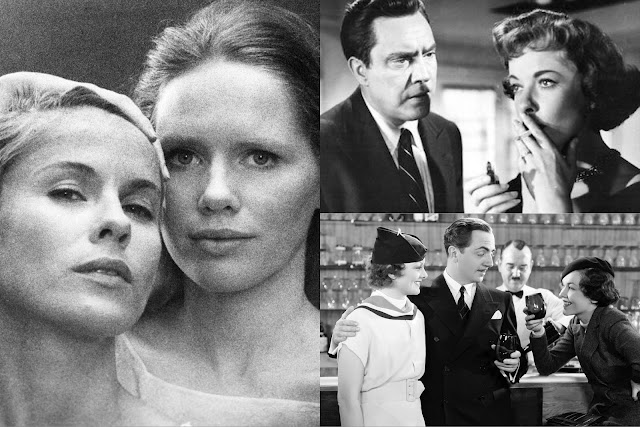 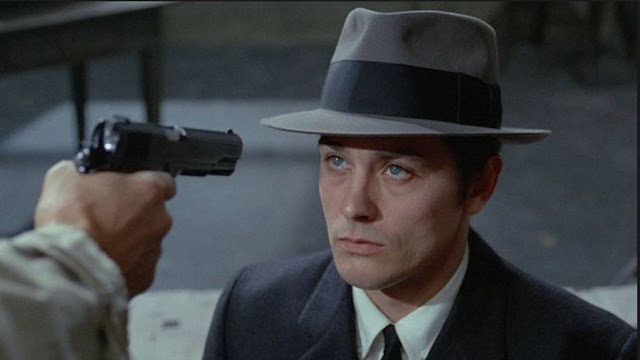 I'm ashamed to say this was only my second Melville. Methodical and elegant yet manic and gritty, it all comes together because of the perfect marriage of Melville and Alain Delon. It's the type of transportive film that you don't want to leave behind when the final bell tolls. Between the two films of his I've seen, I think Melville is a master of the "anti-hero:" these are bad people but we love them because we're forced to love them. We like to cheer for the good bad guy more often than we'd like to admit. 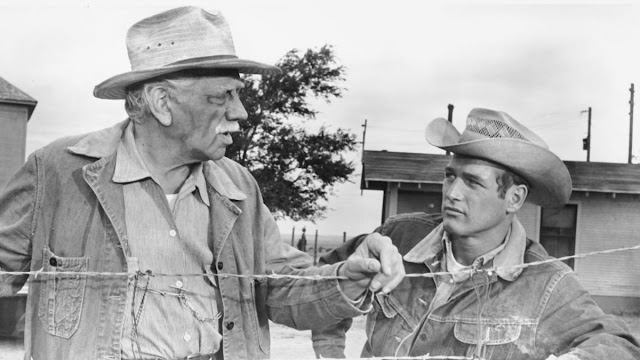 Hud is a western in the way The Last Picture Show is a western. These stories take place in small, podunk towns, but our characters aren't rustling cattle and riding across dry expanses on horseback to get to the next town. Instead, Hud and Picture Show show tell stories of real people dealing with real problems in 60s and 70s middle America. Paul Newman as the titular character is a real piece of shit, but again, he's a real person struggling with depression and alcoholism in a world where "real men" aren't supposed to suffer from such things. This was totally not what I expected, and it hit harder than I thought it would. 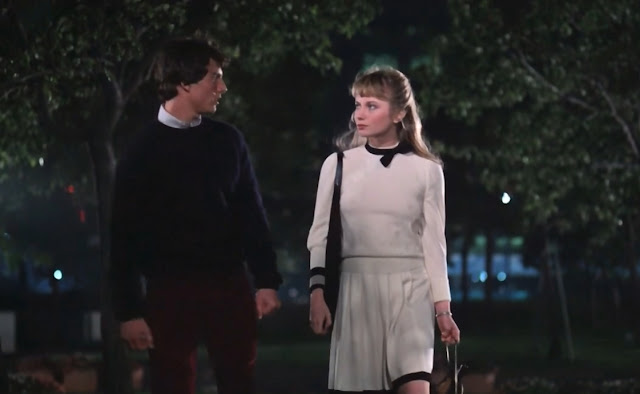 I had never seen Risky Business until I bought the Blu-ray last year. Can you believe it? I thought I had, but several scenes had just been burned into my head apparently. I probably don't need to sell you on Risky Business. I will say, though, that I appreciate that it's like grittier John Hughes and more adult-ish. But unlike most of Hughes' movies, I can see myself coming back to Paul Brickman's film on a yearly basis. Also, if you pick up the Blu-ray, you'll see a screen test with Cruise and De Mornay that is absolutely charming.

I picked up the Lupino boxset from Kino Lorber last year and watched two of the four films included (The Hitcher, and The Bigamist). Lupino seemed like she was constantly pushing back to tell stories she wanted to tell, which is an inspiration. Lupino stars alongside Joan Fontaine as the secret second wife of a man played by Edmund Gwenn. There's almost no levity in this story, but that's forgiven for the fact that the movie seemed to be waving the banner for women's rights in 1953.

It took long enough, but I finally saw The Thin Man. While I haven't watched any of the subsequent films, I can wholeheartedly say Nick and Nora Charles are my favorite screen couple. I can't think of any two actors that are as charming together as William Powell and Myrna Loy. It's a boozy, fun mystery that also doubles as a Christmas movie. 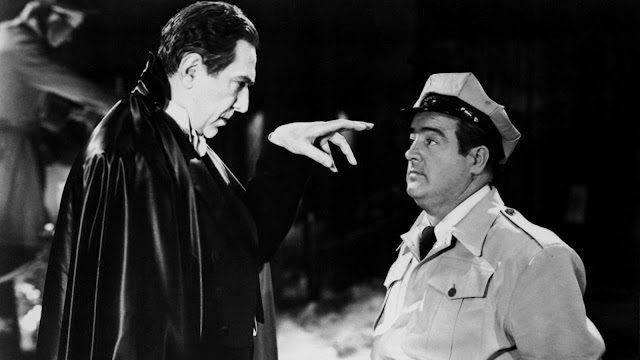 I've loved monsters since the first time I saw An American Werewolf in London and had nightmares for weeks after. That was 30 years ago, and in that time I'd never seen a.) this movie; and b.) any Abbott and Costello movie. We participate in #ScaryMovieMonth every October in our house, and on Friday nights we have family movie nights. This year, after picking up the Frankenstein Legacy set, my wife, my son Eben (8), and I sat down to watch A&CMF one Friday night in October. Eben and I were rolling (you can read more about that here), and I was relieved to be able to say I loved the movie after having it built up for so many years. 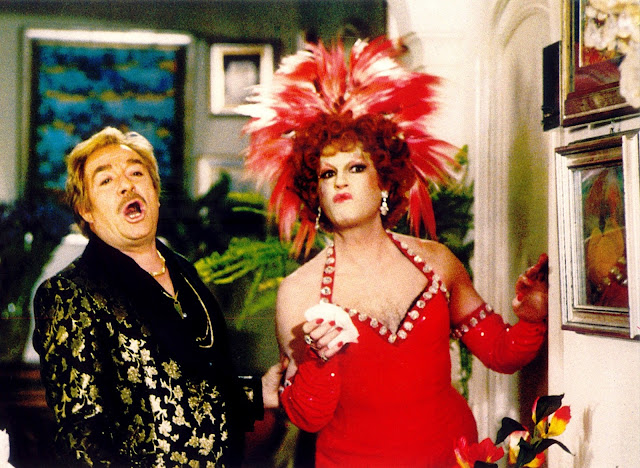 The Birdcage is one of my favorites of all time. I've seen it a dozen times and I'll never tire of it. So when I finally sat down to watch the original film upon which it was based, I was nervous. I was relieved to discover that I loved La Cage as much as The Birdcage. La Cage feels a little grittier and maybe a little darker, but I attribute that to the 70s, France, and old film stock. Ugo Tognazzi and Michel Serrault are just as funny as Robin Williams and Nathan Lane, and the story is just as touching. 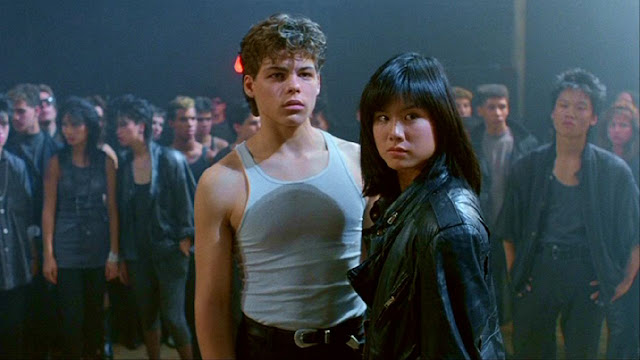 Romeo and Juliet in 80s NYC! Directed by Abel Ferrara! I was doing research on Ferrara and ended up going through his early films. I wasn't expecting to be completely mesmerized and blown away by such a tired story, but there I was, thinking about the movie constantly for weeks on end. (Pair this with Year of the Dragon.)

Slowly but surely I'm working my way through the Criterion Bergman box. Not surprisingly I've loved all 10 that I've seen, but Persona is at the top of that list. Bibi Andersson and Liv Ullmann are frightening, sexy, and hypnotic in this. There have only been a small handful of movies that have taken up permanent space in my head, and Persona is one of them. 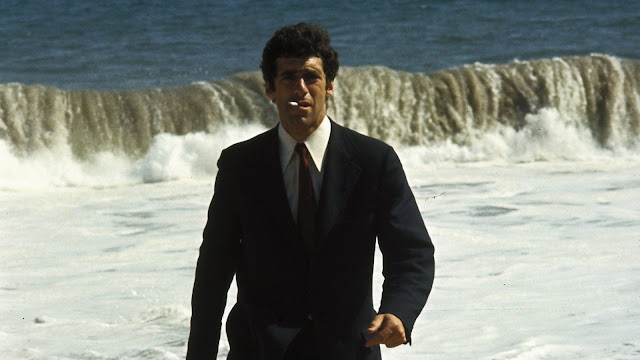 This just barely missed out on my top 10. I remember I had gotten the Kino Blu-ray of The Silent Partner and the trailer for The Long Goodbye was one of the special features. We watched it and I immediately had to own the movie. It's much darker than I expected, and it goes to a place (see the above picture) I never would have guessed. Plus you can never get enough of 70s era Elliott Gould.
Labels: abbott and costello meet frankenstein china girl discoveries hud la cage aux folles le samourai persona risky business the bigamist the long goodbye the thin man