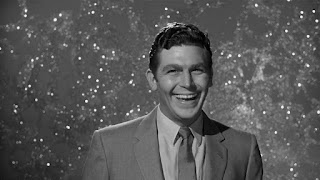 We've just completed the first full week of #ScaryMovieMonth, and while I love the horror genre through and through, this year I decided to ease off a bit. In the past I've gotten so burned out on horror after October I usually don't come back to the genre till the following January. So this year I'm peppering in some not-so-scary movies to keep my sanity. Here's what I've been watching: 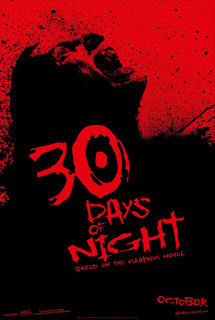 I still consider 30 Days to be the scariest vampire movie I've ever seen. Danny Huston as your lead vamp is absolutely terrifying. Josh Hartnett, while as exciting as dry wheat toast, will always be a comforting presence on screen for me for some reason. Slade is a wizard when it comes to the cold, muted tones of Barrow by making you feel the icy wind howling through the empty streets. The scares are there, the gore is great, but the CG at the end leaves something to be desired. Overall, I still dig this movie. After all, we named our firstborn after Hartnett's character. 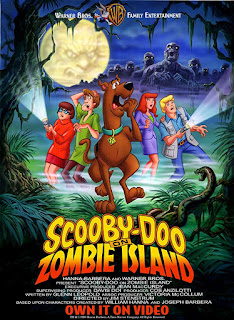 I'm thinking about my next Two for One for F This Movie! and I started thinking about something to pair with The Ghost and Mr. Chicken. It's basically a Scooby-Doo movie sans Scooby-Doo and the gang. I figured a feature-length Scooby movie would work, except in Zombie Island the gang is battling actual monsters. I wanted something with more of a pulling-off-the-mask sort of reveal. Nevertheless, this was still fun and cute. I couldn't get over the fact, though, that one of the characters is voiced by the guy who voiced Leonardo in the original TMNT cartoon. The whole time I was thinking, "Boy, Leonardo sure is a terrible actor." 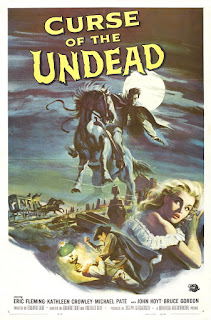 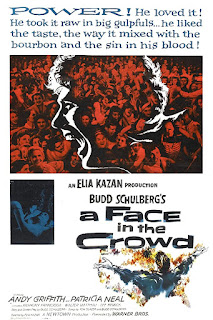 As I said on Twitter, I didn't realize this movie was a documentary and a horror movie. It seemed to be coming up a lot on Pure Cinema so when I saw it was added to TCM I immediately watched it. Growing up with re-runs of The Andy Griffith Show (which I never really liked) and then living in the age of Matlock, I didn't know the range of Griffith. He is a completely different beast in Face. He is terrifying as a grifter who was manufactured to be a demagogue. Playing opposite Patricia Neal as the woman who discovers him, Griffith's "Lonesome Rhodes" is one of the most terrifying characters ever portrayed on film because of what we've witnessed in our country. 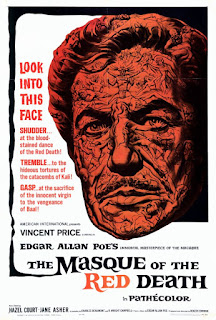 While I will forever love Vincent Price, this was a little slow for my taste. It's brilliantly filmed with Corman heavily dipping into Bava territory, and Price is very good. But I've always found period pieces, especially from this period, a bit droll to be honest. I developed a love for Poe in my adolescence, but this was never one of my favorite stories of his. I appreciate the artistry of the film, how Corman turns the climactic scene into an acid trip ballet, and I do love the "twist" ending. Maybe I'll come back to this another time. 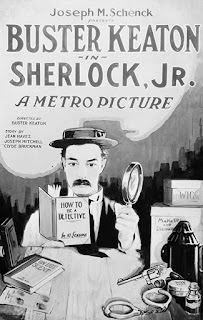 This was my first Keaton film and I wasn't disappointed. While I like silent films, they hardly ever elicit responses from me while I'm watching. This, though, was one of the funniest films I've seen all year (in a year where laughs are sorely needed). Keaton's mannerisms and stunt work are some of the most incredible you'll ever see, but what I was taken with was his command of his craft. The filmmaking is really something, from the tracking shots of him on the bike, to the dream sequence where Keaton literally walks into a movie. I just kept imagining how he did it back in those days and I couldn't figure it out. When people say Buster Keaton movies are must-watches, believe them. 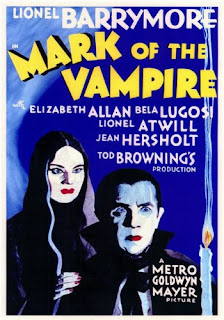 Vampire movies are my favorite sub-genre of horror. Many of our modern vamps, of course, owe it all to Bela Lugosi, whose Dracula is probably the most caricatured vamp of all time. Here, Lugosi and Browning are working for MGM, which meant they couldn't exactly tell the Dracula story like they had told a few years prior. And (I think) Lugosi wasn't contractually allowed to take top-billing here, which is why Lionel Berrymore is your "star." Either way, I don't need to watch this one again. 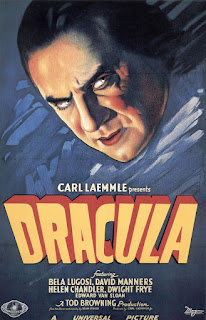 Since I ended my Saturday viewing on a rather boring vampire film, I began my Sunday with a classic. Now, I realize I said vampire movies are my favorite sub-genre of horror, but the older vampire movies aren't some of my favorites. While I realize their importance to the modern-day vamps I love, they are quite slow and very quiet (in volume and action). Browning's Dracula is a gorgeous film, and the performances are spectacular. I particularly love Dwight Frye as Renfield, and how his wild eyes and madness allow him to steal every scene he's in. But, ultimately this may be my least favorite of the original Universal Monster movies. 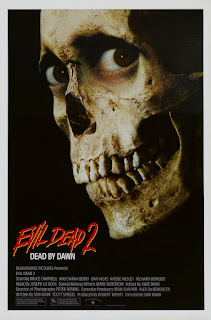 What I'm about to say is almost blasphemous - I realize this. I prefer the original The Evil Dead to its more comedic sequel. Edgar Wright considers Evil Dead II an essential comedy. That may be true for the horror-comedy sub-genre, but it's way too goofy for my liking. Bruce Campbell is a comedic genius, though. His physical comedy goes unrivaled by most. Sam Raimi is a brilliant director. He has helmed some of he most important films in modern cinema. And the makeup effects work by the KNB guys among others is groundbreaking. But my god this movie is stupid and the script is so lazy. I apologize. Still, I don't hate it and I can appreciate what it means for cinema. 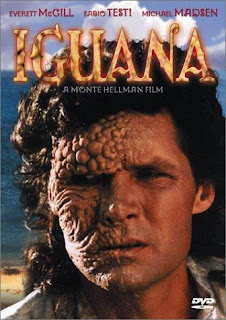 Unfortunately, I ended my week of movies with something so boring I wanted to poke toothpicks in my eyes. The premise could have been exciting: a bullied deckhand escapes his tormentors and creates his own kingdom on a deserted island. Instead we get bad accents, lackluster fight sequences, and a woman being repeatedly raped. Literally nothing happens, and I suppose that would be the reality of the situation, but that doesn't make for a good story.

Labels: 30 days of night a face in the crowd curse of the undead dracula evil dead ii iguana journal jr mark of the vampire scooby-doo on zombie island sherlock the masque of the red death