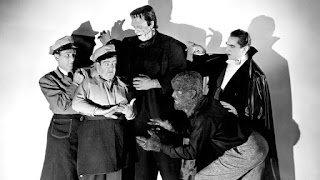 Last week was quite busy as we're getting my mom ready to move out of her house, so most of my viewing happened at work which means mostly streaming. Here's what I watched: 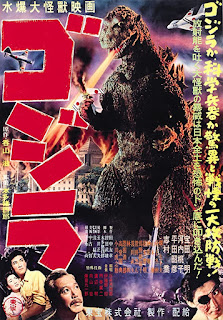 I think I watched this years ago at a friend's house, but either that was so long ago or I was half asleep when I saw it the first time because I didn't remember anything. Obviously it's a wonderful film. The miniatures, the rubber suit, everything. But what I found interesting was the whole time I was feeling angry at our country for its obsession with war and conquering other nations. 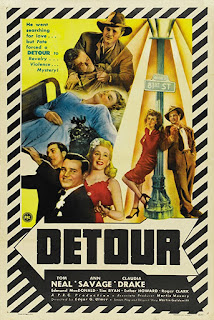 I'm working my way through every movie mentioned in Danny Peary's Cult Movies books and finally got to watch a good copy of this. Noirs are very hit and miss for me. If the mystery doesn't hook me early in the movie I start to doze off pretty quickly. Detour doesn't necessarily move fast, but the mystery is good and it's short. Plus I love a story of someone who keeps digging a bigger and bigger hole of which they'll never be able to climb out. 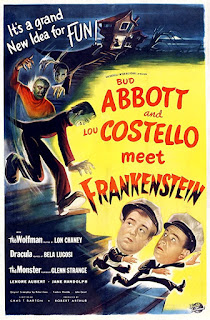 I recently got the Frankenstein Legacy Collection which meant I could finally watch this movie seemingly everyone raves about. And I'm happy to say it deserves its reputation. I wrote about watching it with my son, which you can read on F This Movie! 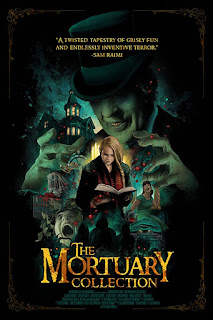 This was a movie I'd been looking forward to for a long time since the festival circuit. It's received high praise from people I respect and is featured most recently on Colors of the Dark Podcast. It's a fun October watch, and Clancy Brown in the Crypt Keeper role is pretty great, but it's probably not something I'll come back to any time soon. 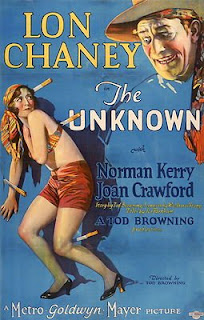 I keep a list of every pick Brian and Elric pick on Pure Cinema Podcast and refer to it often when I can't decide what I want to watch. This time around I ended up with a silent film - a genre into which I need to dig deeper - that has really stuck with me. It was my first Lon Chaney, and boy was he great. Anyone else think Tommy Lee Jones should play him in the biopic? This also seemed like a pretty ahead-of-its-time story to put on film for 1927. 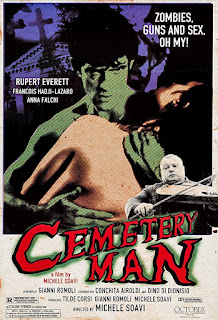 I don't know if this movie had been built up to me for so long or what, but it didn't land at all how I expected it to. Maybe I wasn't in the mood for how funny it was supposed to be. Or maybe it's that early/mid-90s horror thing totally rubs me the wrong way. Whatever it was, I didn't love this movie like I thought I would. This will be one of those movies I'll have to revisit in a year or two. Hopefully then I'll join the consensus of my peers in their love for this movie. 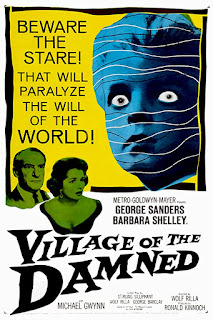 Like so many movies I watch, I first saw this on Svengoolie. Of course I've known about for years and wanted to see it, but for some reason never have. And I'll admit, I never knew this was a British film, which, for some reason, makes those kids even creepier. 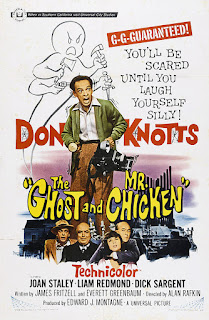 Another Svengoolie discovery! This is a comfort movie through and though. I proudly own this on Blu-ray, and I'll come back to it at least once a year. I paired it with Abbott and Costello Meet Frankenstein for my latest FTM article. 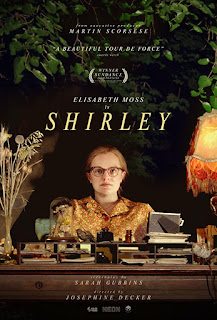 This had been on my radar for a few months since it was added to Hulu, but then I started hearing a few people say it wasn't what they expected and that it was slower than they had liked. And then my friend Sam Ashurst from the Arrow Video Podcast reported out of the London International Film Festival that it was one of his favorites. Sam and my tastes align frequently so I finally made the jump and watched it. I believe my report back to Sam called the movie "sneaky brilliant." Elisabeth Moss, Micahel Stuhlbarg, and Odessa Young are amazing in the film, the direction by Decker is phenomenal, and the music is haunting. I preferred the drama over the paranoia/genre-y parts of the movie, but it'll stick with me for at least a couple weeks. If I made end of year lists, this would end up in the top 10.
Labels: abbott and costello meet frankenstein detour godzilla journal the mortuary collection the unknown